Aerial view of the Dubai metro, operated and maintained by Serco.

Government outsourcing is a notoriously tricky business. But with CEO Rupert Soames at the helm, Serco is working hard to be the best-managed business in its sector.

From running prisons to maintaining nuclear weapons, the breadth of Serco’s government outsourcing operations is vast. Serco employs 55,000 people and works not only in the UK, but also in Europe, North America, Asia Pacific and the Middle East.

With breadth comes reputational risk – something Serco discovered to its cost in 2013 after accusations it had charged the UK government for work it had not carried out. The resulting scandal culminated in the resignation of the firm’s CEO.

Rupert Soames, formerly chief executive of engineering firm Aggreko, was brought in as CEO in 2014 to lead Serco’s turnaround. Under his leadership, the outsourcer has undergone major restructuring. Non-core businesses have been sold off and steps taken to transform the firm’s management culture.

All of this has taken place against a backdrop of major change in the business environment for outsourcers. Government has become a tougher customer, contracts are more competitive and taxpayer scrutiny is growing.

Serco started working with Saïd Business School’s Custom team at the end of summer 2015 to develop a bespoke programme to support the company’s transformation.

Here, Rupert Soames explains why Serco chose Saïd Business School and how the programme is helping the firm.

Q: What challenges did you face when you took over at Serco?

A: I came to be chief executive of Serco at a time when it was in considerable distress. We had to do a lot of things at once. One was to set out a new strategy. Another was to go and raise the thick end of £1 billion by way of disposals and equity-raising to secure the balance sheet.

Within the context of setting out a strategy, we had to have a convincing message about how we were going to be an effective operator in the government services marketplace. Some businesses might have an ambition to be the supplier of choice or some other bland mission statement. We said: our mission is to be the best-managed business in our sector. If we were going to have that as our vision, we had to do something about it.

Q: Why did you choose Saïd Business School?

A: Training senior and middle managers is a big investment of their time. It’s therefore got to be highly efficient. We could not find generalised courses that covered the topics that we wanted in the way that we wanted. We wanted to be part of a business school and we wanted access to academic rigour. Oxford Saïd was also working with the British government on improving its management of public service contracts. So we felt that there was a bedrock of expertise.

It’s an expensive enterprise to construct a custom-made course at one of the world’s leading business schools. But with 600 people going through the programme, it’s actually quite cost effective and much more worthwhile for the participants.

Q: How is the programme supporting Serco’s transformation?

A: There are some specific skills that we want to introduce people to, one of which is learning the basics of continuous improvement. Another would be talking about how to write contracts and how to think about major commercial issues. We want them also to think about their own leadership styles and how they can be better leaders of their teams. We have a module around managing client relationships, which is extremely popular.

We also have a module, which I do, around strategy and why we are positioned where we are. So they get a better understanding of what our strategy means and can evangelise to the wider world of Serco colleagues.

We deliberately mix up our courses and make sure there are people from North America, Europe, the Middle East, Australia on each course. Our company is geographically dispersed and does lots of different contracts for governments around the world.

We want people to build this invisible skein, a network, by which they instinctively know where to get help from people who have faced the challenges that they face.

Q: How do you know if it’s working?

A: We’re up to about 160 people through the programme so far, so we’re making good progress. We measure feedback very carefully. It’s been astonishing.

On the first course, people turned up and thought it was just another course. They come away realising that the experience has been unique in their lives. It is highly relevant to what they do, it’s opened their eyes to the wider company, it’s helped them to understand the context in which we operate.

Concentrating on our common experiences and our common challenges means that they get great self-confidence.

It’s not just the course that is important. There’s a preparatory run-in phase. They do pre-reading, they do a big batch of psychometric tests and get 360-degree feedback, with which they are armed when they come to the course.

They’ve then got what is effectively a four-day course, five nights, at Oxford, which is the immersive stage.

After that, they go out into the world and they are expected to do projects. They get coached on the feedback they’ve had from colleagues and they produce a final written report after six months. The programme is an immersive part of a training investment in them that lasts well over a year. That is important in how it is perceived.

Q: What results are you seeing?

A: I think that we are able to gain traction and change more easily than before. The fact that you are getting increasing numbers of people who understand the context, who have learnt skills around continuous improvement and understand why that is important – I think that that has got easier since we started at Oxford.

I’m quite a believer in belief. As the chief executive of a company, there are things that you are permitted to believe without having to prove. One, that management makes a difference. Two, if you believe that, then you want to be training and developing your management team.

We don’t go around saying: ‘Are we getting payback on this?’ I don’t know. But I wouldn’t expect to have a metric. During the Second World War, Winston Churchill [Soames’ grandfather] made a rather good comment – that there is no finer investment than putting milk into babies. There was no way of measuring that. But actually, making sure babies received milk produced healthy babies. You’re allowed to believe that.

I’m quite a believer in belief. As the chief executive of a company, there are things that you are permitted to believe without having to prove 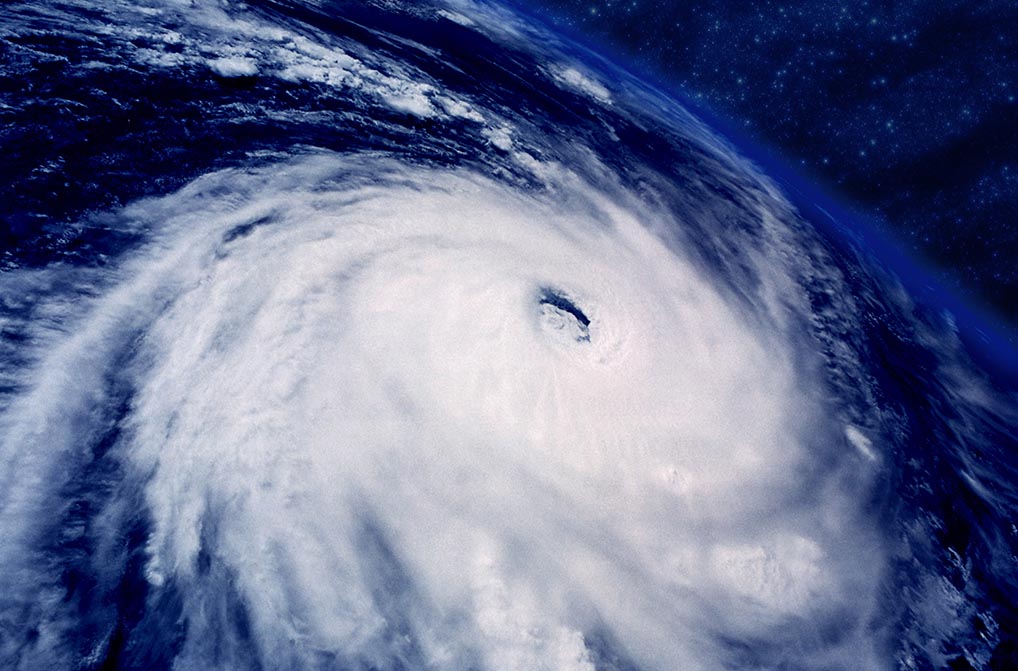 In 2017, Serco won a new contract to continue managing the operation of four meteorological satellites in orbit. The satellites help meteorologists to identify and monitor potentially dangerous weather situations.

Q: How does the programme support your strategy?

A: Everything that we do is along four strategic themes: winning good business, executing brilliantly, making Serco a place people want to work, are proud to work, and being profitable and sustainable. The programme supports each of those.

You wouldn’t embark on a course like this unless you know what your strategy is and what messages you want to give. It’s just a waste of time if it’s going to get confused.

Q: How do you maintain momentum after the course has ended?

A: It would not surprise me if in 18 months’ time we started planning what was the next round of courses. What are we going to teach next? The idea that we might bring our senior management team through this process every two or three years is probably a good one. This doesn’t teach everybody everything. We employ 55,000 people, of whom 600 are going to do this course. How do we do the next 1,000? They’re not going to have a five-day immersive course at Saïd Business School. But we might find other ways of giving them really good learning and skills training.

Q: As a leader, how important is it to set a personal example?

A: Culture in a company is created by people's perceived behaviour of senior managers. Part of being a senior manager is being aware that you are setting an example in everything that you do. People are great mimics: if you want people to be energetic, enthusiastic, hardworking, dedicated, caring about their customers, then you’d better start with yourself. If you exhibit those behaviours, then people will magically start doing the same thing.

Pride is important in culture. If you work for a company you are proud to be a member of, and that you’re prepared to say: ‘Yes, I work for Serco, we run some of the best prisons in the world,’ that’s a mouthful to say. But if I can say it, maybe other people feel they can say it as well.

So to have somebody come in and say: ‘Hey, I work for Serco and I’m proud of it,’ was a bit counter-cultural at the time. And it kind of stuck.

The Custom programme for Serco, now in its second year, draws on the school’s expertise in executive education and major projects leadership. Alexander Budzier, Fellow in Management Practice and programme director, explains how the course is helping Serco to achieve transformational change.

‘Serco has had a tough time businesswise. Rather than retrenching and turning inwards, the Custom programme offers them the opportunity to look outwards and to identify a vision and how that can be made a reality.

'We designed the course with Serco, so it’s tailored to their specific needs. It incorporates elements of our Major Projects Leadership programme combined with other elements of the School's proprietary research, so we’re talking about how you improve operational excellence, how you innovate, how you lead and manage, and how you build relationships with the client.

‘We provide a platform to think about leadership and cultural change. The Custom programme is a great opportunity to do this, because you’re bringing people together to create a shared understanding. Working with Oxford brings academic rigour. It also offers new perspectives and ideas. The key is to make those ideas your own. It’s a very powerful tool for transformation.’

From building the HS2 railway to rolling out Universal Credit, the UK government has no shortage of major projects to manage. Saïd Business School is helping to do it effectively…