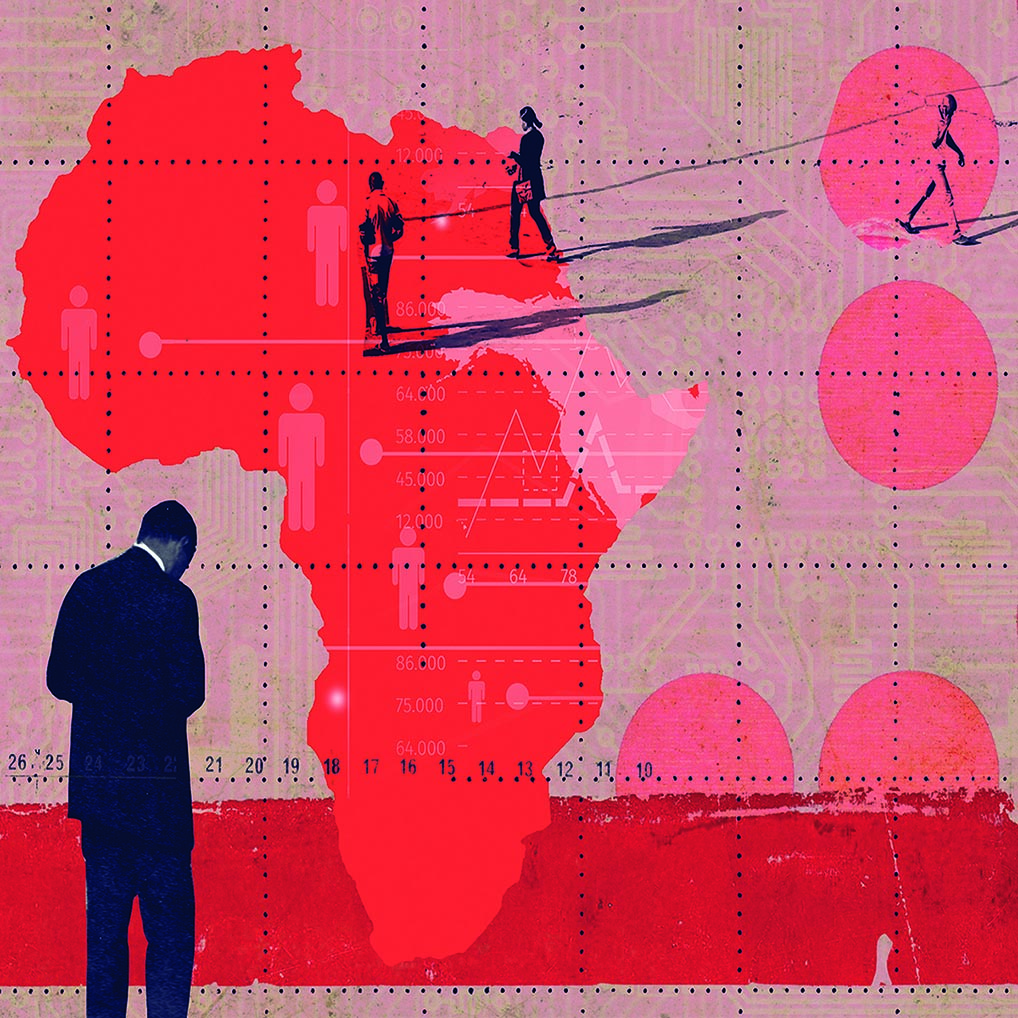 Ayuk Akoachere, head of corporate performance management at MTN Cameroon, is harnessing the power of social returns to improve lives in Africa.

Ayuk Akoachere is a man on a mission. Today, he is head of corporate performance management at telecoms giant MTN Cameroon, tasked with monitoring and making sure the company hits its performance targets. However, in the future he wants to create one million new jobs for young people in his native Cameroon and throughout Africa.

It’s an ambitious aim, but 38-year-old Akoachere is confident that he has the tools to achieve his life goal after attending a series of programmes at Saïd Business School.

He joined MTN in 2005 as a financial analyst after spending a few years working as an analyst for Del Monte Fresh Produce Company.

The programme opened my eyes. I used to look at formal contracts in black and white...

In January 2010, he was promoted to financial planning manager after the company identified him as one of its ‘high fliers’. He won a company-wide competition for knowledge share for the entire West and Central African Region and was given US $10,000 to spend on a training programme. After researching a number of different options offered by universities and business schools around the globe, he signed up for the Finance Programme for Senior Executives (FPSE) at Oxford Saïd and since then, he hasn’t looked back.

He says the programme altered his mindset. ‘The programme opened my eyes. I used to look at formal contracts in black and white, but Alan Morrison, the programme director [and Professor of Law and Finance at Saïd Business School], changed my perspective. The insights I have and my analysis of financial statements have dramatically improved. The programme really deepened my knowledge of business, financial strategy and the overall business environment; I can see things very easily now.’

The majority of people who attend the FPSE typically come from an engineering, marketing or purchasing background, work their way up through the ranks and suddenly have to engage in boardroom discussions about value and risk management. The programme then gives them the tools to thrive in these situations, according to Morrison.

‘The course is intended for people who find themselves having to interact with finance professionals and make decisions that have a financial content, but who themselves don’t have a great deal of financial expertise,’ he says. ‘What we don't attempt to do is turn them into technical wizards. We teach them core concepts very carefully and how to apply them so that they understand where value comes from and how to think about risk. We tie those things closely to the way that organisations are governed because senior people are usually making these decisions in the context of some sort of governance structure. So they leave the programme knowing how to value a firm, how to think about capital budgeting, how to think about risk and managing it, and about how those things are affected by boardroom structures and governance.’

When the Dean was opening the programme he said: ‘poverty anywhere is a threat to prosperity everywhere

Akoachere’s experience was typical of senior executives who attend the programme, he adds. ‘Although Ayuk didn't know a great deal about finance when he arrived, he was an excellent participant and it was a joy to watch him getting his head around some complicated concepts,’ says Morrison.

The programme left Akoachere hungry to absorb more knowledge and so in 2015 he returned to Oxford Saïd to do the Oxford Chicago Valuation Programme and the Oxford Impact Investing Programme. The Valuation Programme is a partnership programme with Chicago Booth, combining academic expertise from both sides of the Atlantic and led by Andreas Angelopoulos, Executive Director of the Private Equity Institute at Oxford Saïd. It arms individuals with a number of different skills for dealmaking, such as how to apply valuation to make better strategic decisions and how to grasp and cut through complex valuation situations. The School invites high-profile guest speakers to talk to participants about the deals they’ve personally structured and executed, and these deals are then forensically dissected to give an in-depth insight into the world of merger and acquisitions and private equity investment. ‘I don’t think you have anything like it anywhere else in the world,’ says Akoachere. ‘You have the faculty, the practitioners and the alumni all coming together to make one programme that gives you all the insight and the models that you need for valuation.’

The Impact Investing Programme, which also offers a mix of practical experience and academic research by bringing in practitioners to talk participants through deals in different parts of the world, left an even bigger mark on him.

‘It really touched my heart,’ he says. ‘When the Dean was opening the programme, he said, “Poverty anywhere is a threat to prosperity everywhere.” The programme made me realise that if you don’t focus on the social returns then whatever bottom line you achieve is academic.’

It was a lesson that he looked to apply at MTN on returning to Cameroon. The company had already created a charitable foundation that received 1 per cent of MTN’s profits and redistributed the money to projects for social good in the form of grants, but he felt the approach wasn’t working as effectively as it could.

We needed to change the mindset of the foundation, so we moved away from 100 per cent grant giving to impact investing to achieve greater impact 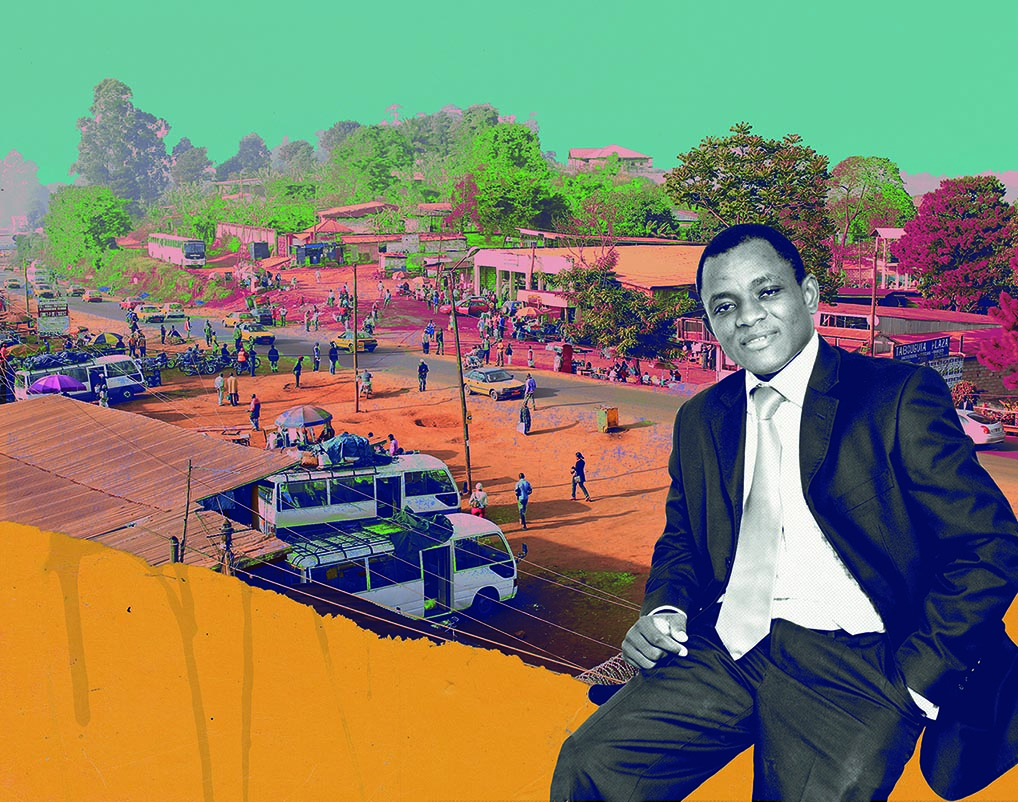 ‘I told them that this was not scalable or sustainable and they would not achieve much if everything they gave away was in the form of grants,’ he recalls. ‘We needed to change the mindset of the foundation, so we moved away from 100 per cent grant giving to impact investing to achieve greater impact. We are now more efficient with the use of our money and that change in mindset has helped the foundation significantly.’

In addition to joining the board of the foundation in 2015, the same year he was also promoted from financial planning manager to senior manager of financial planning – a career leap that he directly attributes to the skills he learnt on the valuation and impact investment programmes.

While he clearly welcomed the opportunity to further his career, more valuable was the shift in his own mindset. ‘Back in 2012, I was more focused on pushing my career and getting more income. Yes, my income has increased and my career has improved, but the big change for me is that I'm no longer looking inwards,’ he says. ‘I'm looking at how I can change the world – that’s what makes Oxford Saïd unique. Its programmes give you the skills and the tools to go off and do that. I'm looking at how I can change my community, my country and my continent, which is way behind. Right now, that’s what keeps me awake at night.’

The way he wants to change the world is through the aforementioned life goal of creating one million new jobs and to do this, he’s currently using the tools that he learnt on the valuation and impact investment programmes to try to create a social investment bank in Cameroon that will improve entrepreneurship in his homeland and across the continent, by bringing together people, ideas and capital.

Africa is lagging behind the rest of the world. Unemployment is very high and somebody needs to stand up, take some action and really push social entrepreneurship

‘Africa is lagging behind the rest of the world,’ he says. ‘Unemployment is very high, especially among the youth, and somebody needs to stand up, take some action and really push social entrepreneurship. There are a lot of entrepreneurs in the western world and I want to push that culture in Africa because my research has shown that the majority of jobs created don't come from government or big corporates; they come from the fast-growing smaller to medium-sized companies. We need to create an environment that allows small and medium-sized companies to grow fast. That’s the responsibility that I have and I already have the right skill set, the right tools and the network to create this system and help it flourish. One of the key things Oxford Saïd taught me – and I strongly believe in this – is you can achieve social and environmental returns while making financial returns. All you need is a good heart.’

After joining the board of MTN Cameroon’s charitable organisation – MTN Foundation, Ayuk Akoachere played a critical role in changing its focus away from pure grant giving to impact investing in different projects for social good. He attended the Oxford Impact Investing Programme, co-created by Alex Nicholls, Professor of Social Entrepreneurship within the Skoll Centre for Social Entrepreneurship at Saïd Business School, to develop a deep and broad understanding of the impact investing sector.

‘We know that inequality and poverty go way beyond individual suffering and end up causing huge systemic problems for societies. Some of that can result in terrorism and other sorts of unrest and violence, so our interest in looking after and improving the lives of the poorest people in society is way more than an act of moral requirement – it’s a very sensible self-preservation policy.

‘Anybody like Ayuk, whose focus is on creating widespread employment in areas where it is almost non-existent or very hard to move forward, is making a huge contribution to society. After attending the Impact Investing programme we know that – as is the case with Ayuk – many people have gone on and changed their behaviours and done things that they wouldn't have been able to do before.

‘Saïd Business School published its first academic work on impact investing in 2007, so we’ve been doing this for longer than anybody else, and in November 2017, we’re running a companion course on social finance that is complementary to the Impact Investing Programme and will give an unparalleled experience.’

It’s time for companies to rediscover this corner stone of corporate productivity. So what is organisational design and why do 21st-century enterprises need to be more aligned?

THE FUTURE OF WORK

Here come the robots: How can companies get future fit?

Intelligent machines have conquered the factory floor. Now they’re coming after professional jobs. So how can the CEOs of today prepare for the technology of tomorrow?